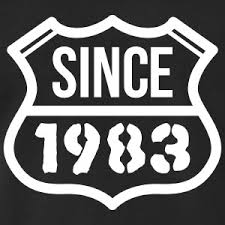 So just 56 days before I retire from practice in Olney having started January 1983. I'm not sure I can quite believe it but the days are racing away now.

Looking back at my early diary entries for January 1983 I read that a couple whom I had asked to come in to review their medication thought that I was 'experimenting on them'. And another couple delivered a hand written note to say that I was 'losing in interest in them'. Blimey,  I wouldn't have thought I would have had time to lose interest having only started in the practice a few days before. Ah well I guess I've only written about those that weren't impressed with the 'new young doctor'-a mere pup at 29 years of age!

My second day in practice saw me having 12 visits, which was unusual for then and virtually unheard of now. I'd started at 8.30am and did surgeries and visits until 10.30pm. Fortunately I wasn't called during the night.

At the end of my first week on the Friday evening some parents came to the surgery carrying in their unconscious 7 year old daughter. It transpired she was in a diabetic coma, but not having previously been diagnosed with diabetes. She survived but went on to become blind in her late teens. A pretty girl with a challenging life ahead of her.  I eventually lost touch with her when she was in her mid twenties.

As I read the memories start to come back. The tatty old surgery, the shelves buckling under the weight of medical notes and the old receptionist  who regarded me as a bit of a young upstart. Regrets?....I have a few and yet....gosh getting all sentimental. It'll be a kind of bereavement when February 28th comes but as Tennyson wrote after feeling keenly the loss of a friend,


I hold it true, whate'er befallI I feel it when I sorrow most;