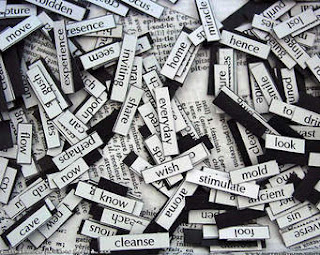 No, not the Raymond Chandler novel from 1953 (an auspicious year), but my decision to retire from Cobbs Garden Surgery where I have been a partner since 1983. Sometime between the end of this year and February 2017 I wont be making the daily short commute to Olney. I'll be sad.

So I'm going to try to blog moire frequently about things that I have picked up along the way which I hope might be of some interest, especially to other GPs who feel equally passionately about the uniquely privileged job we have.

In the popular mind our work consists of dealing with sore throats, coughs and colds and sickness certificates (or fitness certificates as they are now called-a rose by any other name). In fact a fair proportion of our work is about explanation or clarification. What does condition X mean? How worrying is it? Should I go for this treatment or that, or none at all? Etc, etc.

Today I fielded a phone call from a very concerned patient who had received a copy of a letter from the local hospital written to me (I have to say I'm not a fan of the copied in letter between health professionals). At the head of the letter was written the various diagnoses, as is standard in such letters. He was alarmed to read the words, 'malignant neoplasm of....'. 'But I was told I no longer have cancer, now it sounds as though it's spread'. It was the word malignant that had struck fear. Sticks and stones may break my bones but words will never hurd me, was often heard when I was a lad. Oh yeah?  How consistently untrue that proverb has proved to be!

My patient felt that malignant meant that the cancer had spread, and anyway why was he still listed as having cancer when the specialist had told him it had all been removed? I tried to simply explain that noting his diagnosis was a record of his medical past which did not necessarily mean the condition was currently active (although it is an alert to the clinician that the recorded diagnosis may be relevant to the presenting problem). No, malignant did not mean spread (I think he was confusing the word with metastases), and neoplasm was just another fancy word for abnormal growth (which can be benign or malignant!).

All to say, if you are communicating with patients, especially when writing to a fellow health professional, be aware that the words you use may mean something different to the patient. Yep, it means being more thoughtful, which takes more effort and time. If necessary, add very brief explanation for the patient, it will save the patient worry and free up a bit more of the GPs time.
at September 09, 2016