'You saved my life'

As usual yesterday I pluck the newspaper from the letter box as I go downstairs in the darkness of a new day. The gripes about the NHS and especially GPs are featured yet again, but something else happens that day that is unusual. Two patents thank me for 'saving the lives' of their loved ones. Now I thought GPs deal with sore throats all day, and anyway you have to wait a week for an appointment even if you're dying? Save lives? Woa! 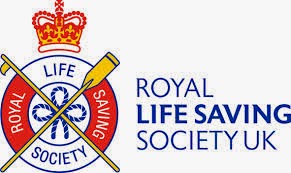 "You saved my granddaughter's life" was almost blurted out by an elderly lady during her consultation,  and after I had admitted that I wasn't sure what the best option was for her persistent symptoms. She had suddenly recalled the events of December 2013 when her 12 year old granddaughter had nearly died of septicaemia. And hence, she said she trusted my opinion and accepted my uncertainty. What a great advantage it is to have a 'history' with patients and for them to be comfortable with the limits of our knowledge.

And yet this aspect of practice is lost when working as a locum or with the current trent of doctors moving from surgery to surgery, rather than staying for a long time in one. Such a way of working just doesn't offer the kind of relationship that's needed and makes the practice of medicine all the more difficult. Of course where patients move away from family connections, this also works against the traditional family doctor advantage of continuity. Interestingly I had never realised the family  connection between the poorly 12 year old (whom I had sent in with septicaemia) and the patient in front of me.

And then just a few patients later, a mum bringing her 15 year old with unexplained symptoms, recalled that 13 years ago I had 'saved the life' of her other daughter when she was a mere two weeks old. I had apparently recognised the severity of her illness and admitted her with pneumonia and septicaemia from which she had made a full recovery. I was beginning to wonder if word had got round that I was retiring soon. All this praise, and on the same day!

It's ironic that two patients should thank me for what was essentially recognising just how ill their loved ones were.  For currently all the pressure  on GPs is not to admit patients, to keep them at home at all costs, and practice admission avoidance. And yet what a vital role we play in recognising the truly sick. Indeed a large part of the experience gained in GP is related to that very thing, 'Is this patient seriously ill or not?'

Sadly the myth persists that GPs basically deal with lots of trivial, minor illness, which any number of other health care workers could undertake, when the reality is far more subtle and complex.

I can't deny that it was humbling and good to hear my patient's appreciation. It's not something that one hears often, and it went someway to offset the media barrage of the day. Still there's always tomorrow's paper to keep in my place.