Lots to be thankful for.

Prayer by Tim Keller. I've read numerous books on prayer over the years, this is just superb. Accessible and profound all at same time.

Enjoy your prayer life by Mike Reeves A very close second to Keller. Short, punchy and doable. A bargain at £1.18 for the Kindle version.

The Book of Common Prayer-a biography by Alan Jacobs. Not having been schooled in the Church of England I grow to love this book more each year. Its prayers take me out of myself. Its history is fascinating.

To Fight Alongside Friends:The First World War Diaries of Charlie May. I'm fascinated by all things Great war and this diary is as poignant and understated as any previously read and all the more sad because it ends with the first day of the Somme, as May joins the other nearly 20,000 British deaths on that fateful day.

Great Britain's Great War by Jeremey Paxman. Really good read on some of the social impact of the Great war. 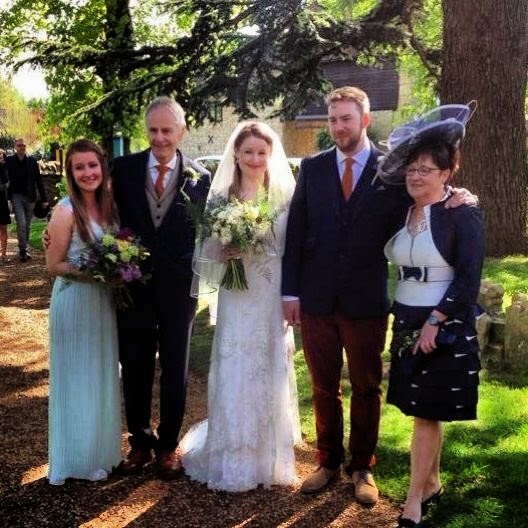 Jude the Obscure by Thomas Hardy. There's a good reason why Hardy and other Victorians are still so popular. A rambling but involving story of poverty, hopes fulfilled and thwarted, and so much more.

Some (but not much) great TV....Homeland my pick of the year.

Best wedding? Our darling daughter Sarah with her lovely sister Hannah as maid of honour. Every dad's proudest day. It was beautiful. Oh, and husband Owen played his part! And the current wife looked amazing.

And so much more to give thanks to God for.

'I wish above all things that thou mayest prosper and be in health, even as thy soul prospereth'
3 John 2 KJV

Email ThisBlogThis!Share to TwitterShare to FacebookShare to Pinterest
Labels: books