Only a breath away

Today was like most other Sundays: church in the mornng and then time to eat. Except unusually for a  Sunday, today we had a sandwich in Cafe Nero for lunch.  We were visiting our daughters in London,  and we had eaten well on Saturday evening. 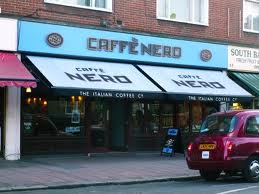 All was well with my sandwich until I tried to cough and clear my throat.  Quickly it became apparent that I was choking. It's one thing hearing loud stridor in a patient, and quite another to be the patient. I appeared to be making the most deafening rasping noise as I tried to breath in to facilitate my cough. The harder I tried to breath in the worse the situation got, as normal nreathing was becoming impossible. By now I was outside the cafe and beginning to be in serious bother. Fortunately I was slapped on the back several times by various family members and even resorted to a finger down my throat (my own finger I should add). Thankfully after what felt a long time but probably wasn't, the stridor began to clear, although the feeling of an irritation in the throat lingered for a while. The crowded cafe was remarkably unaffected by my rather terrifying experience.

But thanks be to God.

And all to say just how fragile life is. I know I should realise that at my age, but like most of us,  I guess I take each new day for granted, and expect be around for tomorrow. In the words of the New Testament letter of James,


Why, you do not even know what will happen tomorrow. What is your life? You are a mist that appears for a little while and then vanishes.  James 4.14

We had been to the funeral of the son of a longstanding friend last week. He was only 38 years old. The ageing Pentecostal pastor who gave the message spoke briefly from the New Testament about being ready for this greatest of all appointments. The one we must all face and which Bunyan called the 'last enemy', even death itself. Although I have much to regret in my sins of omission and commission over the years, I have a rock solid confidence in the merits of Jesus Christ, which will carry me over when my last day comes. What a relief that is. And in the words of  Charles Wesley

The arms of love that compass me would all mankind embrace.